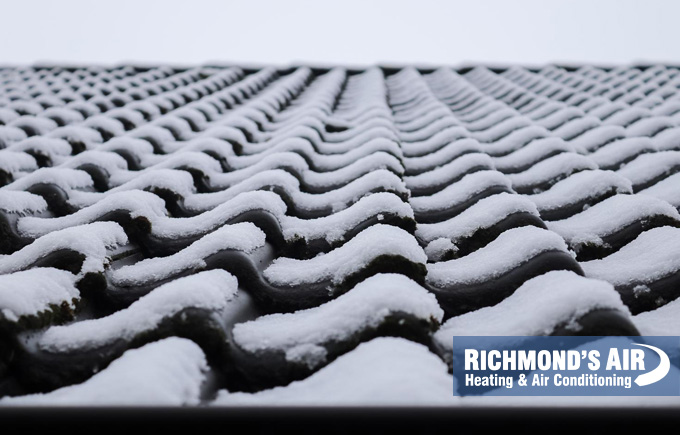 Texas weather is notorious for being unpredictable. Unfortunately, this unpredictability can be damaging for homes and residential HVAC systems. Houston is sometimes referred to as the capital of the Sunbelt, which means that most of the year remains warm.

That said, there are instances where even Houston can be hit by frigid cold snaps. The last thing you want is your heater to die on you when you need it most. For this reason, it’s important that you keep your furnace in proper working order.

Since heaters in Texas are used infrequently, Houston homeowners can experience difficulties when their furnace or heating system is actually needed.

Regular furnace maintenance and ensuring that your HVAC unit gets a professional tune-up before the cold winter months kick in will ensure that your family remains warm all year long, even if the temperatures plummet.

Houston has been keeping a record of its temperatures since 1921. During the first decade of record-keeping, Houston recorded its historical lowest low. This occurred on January 18, 1930, and the temperature was 5 degrees Fahrenheit.

When they began keeping temperature records, these temps were recorded in downtown Houston; however, since 1947, the weather station has been located at the William P. Hobby Airport.

Along with the freezing temperatures came 1.42 inches of precipitation. This led to one of the most damaging ice storms Houston had ever seen, causing devastating agricultural and livestock losses.

In 1983 and 1989, December was the coldest and second coldest months on record for the Houston area, with 1989 coming in as the coldest.

On December 22, 1989, Houston saw 1.7 inches of snow. This was the last time Houston saw measurable snowfall. According to the National Oceanic and Atmospheric Administration (NOAA), it’s estimated that the 1989 cold snap cost Texas $1 billion in crop losses and other damages (adjusted for inflation). In fact, much of the citrus crop was lost due to freezing temperatures.

In 1983, Houston had below-freezing temperatures for nearly 5 consecutive days. It’s estimated that the 1983 cold snap caused nearly $250 million in damages (adjusted for inflation). Across Texas, 13 people died during the cold snap. North Texas was hit the hardest, with 6 people dying due to the cold and $1.5 million dollars worth of city pipes were damaged.

Of course, you don’t have to go very far back in time to find a historic winter storm of epic proportions in the Houston area. Just last winter—from February 13-17, 2021—Winter Storm Uri wreaked havoc on Texas’ infrastructure and resulted in a shocking death toll across the South.

While we certainly hope the same scene doesn’t play out this winter, the truth is that you can never predict when an ice storm like Uri will come through these parts again.

As the days get shorter and colder, perhaps now is the time to have your furnace or heating system professionally serviced. If you’re in the Houston area, contact the experts at Richmond’s Air today. We will make sure your unit is in tip-top condition.

Thorough job
Air Conditioning Service and Maintenance  |  Houston
Performed CoolSaver tuneup clean coils and test for system performance.
"I was skeptical about "freebie" ac checkup from my electric provider. I thought I would be ..."
Maury, Verified Customer